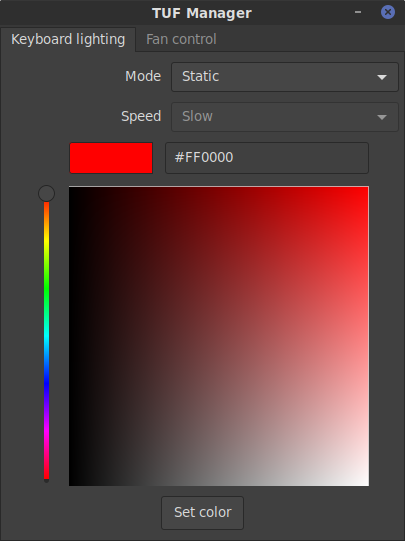 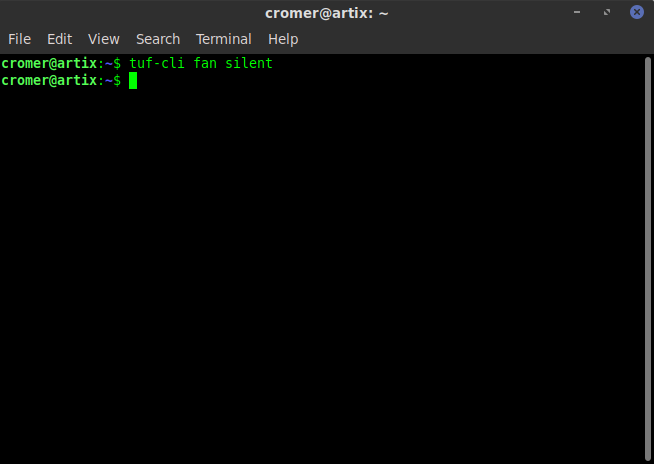 To build TUF Manager the following is needed:

This software will only work if using the hackbnw/faustus driver module. To get notifications on fan mode changes the fork of faustus at rublag/faustus should be used instead since it supports polling.

Authentication is not required to use the TUF Server that runs in the background as a daemon, if this is set to false polkit is used for authentication. Setting this to false is more secure, but also makes things like auto restore of settings on login impossible to do without a password.

Install an OpenRC init script. Ff this option is not set, the init script is still generated during build, just not installed.

Install a runit init script. If this option is not set, the init script is still generated during build, just not installed.

Install n s6 init scripts. If this option is not set, the init scripts are still generated during build, just not installed.

Install a systemd unit. If this option is not set, the unit is still generated during build, just not installed.

There are 3 programs and 1 daemon supplied by TUF Manager.

This supplies a graphical interface to control the TUF laptop.

This is the daemon that runs in the background and handles all requests from both tuf-cli and tuf-gui.

This is the tray icon to control the TUF Manager program. It should automatically start in any desktop environment that supports xdg.

The other important use of the restore settings options is the fan mode. Normally fan mode does not survive a reboot. It is always set to "balanced" when booted. However now when the user logs in it restores the previous fan mode that was saved.